In the past 4 years, most of the teams I’ve been working with have expressed some form of interest in refactoring to microservices. This topology seems to have become the de facto standard. And it’s understandable, given the promises that come with: resiliency, HA, low coupling, agility. They’re appealing because they fix issues that everyone faced with monoliths.

As of late, a few reservations and precautions seem to have gained attention regarding them1.

But aren’t microservices awesome? Shouldn’t everyone just accept and adopt them now?

In this post I want to discuss the application of microservices, what are some of their downsides, and situations in which case their use should be re-considered very carefully.

There are plenty of definitions to microservices. Unfortunately the origin to the term itself is not 100% clear, which means that anyone’s is as good as another’s2.

Overall there still seems to be consensus at an industry level on a base set of features that characterize microservices, which are summarized as the following:

Microservices are applicable to distributed applications of a “certain functional complexity”.

They prescribe that services be kept small, grouped by function, implement separation of concerns, stay autonomous and decoupled from one another, can be deployed and versioned and scaled independently, communicate through a mix of lightweight APIs and asynchronous channels, have their own state, and that this state be accessed only through the service.

You typical implementation of the pattern looks like so: 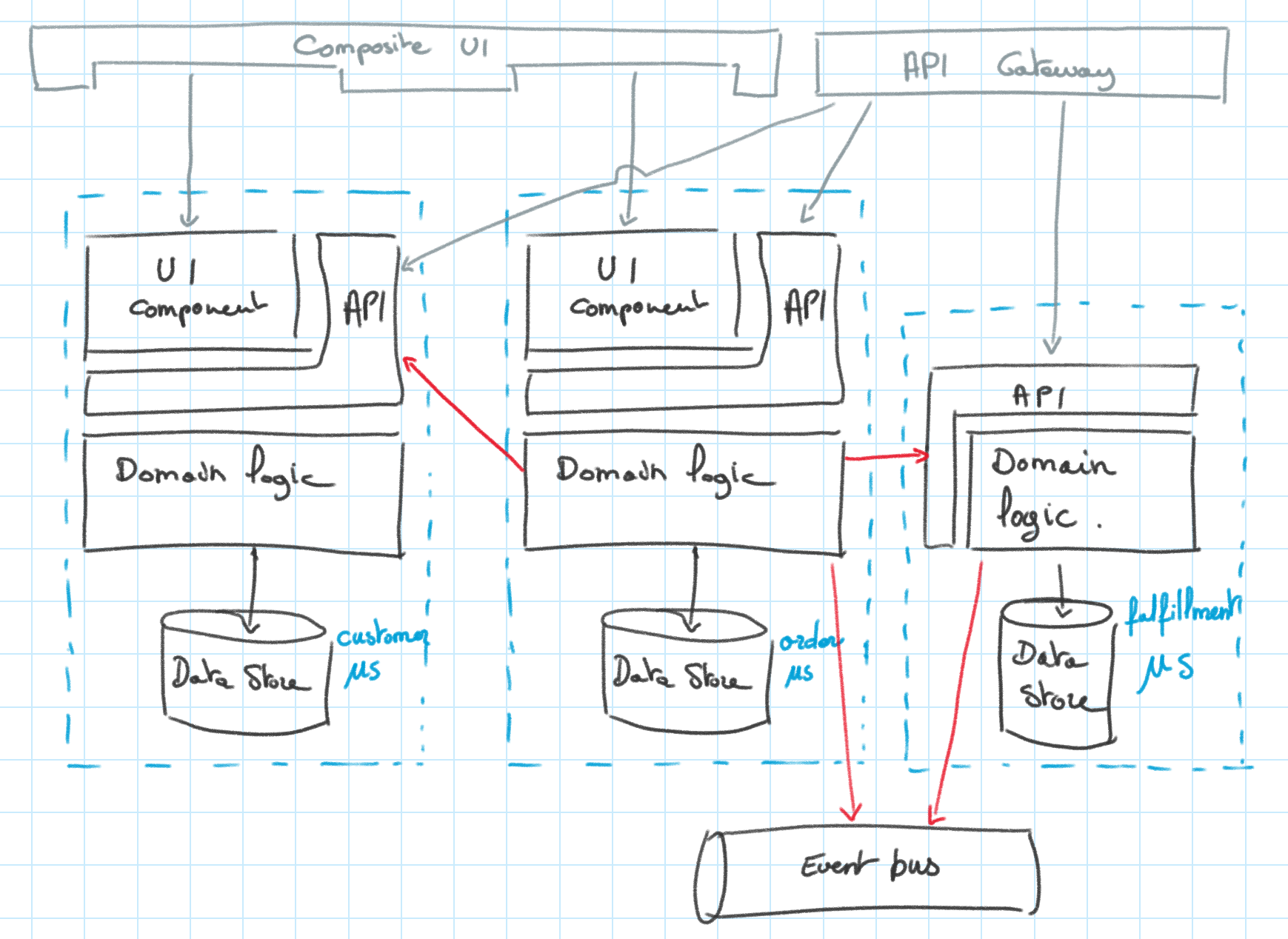 The main issue is that the consensus on applicable use-cases the pattern is fairly wide. Which is why I want to take the opposite approach and try to identify when microservices might not be the best option available.

The challenges of microservices

Programmers know the benefits of everything and the trade-offs of nothing.

There are trade-offs to implementing microservices. Since the point of this article is not to bash them, I will try to be concise:

When microservices should seriously be questioned

All software systems can be decomposed into two major elements: policy and details. The policy element embodies all the business rules and procedures. The policy is where the true value of the system lives.

The details are those things that are necessary to enable humans, other systems, and programmers to communicate with the policy, but that do not impact the behavior of the policy at all. They include IO devices, databases, web systems, servers, frameworks, communication protocols, and so forth.

The goal of the architect is to create a shape for the system that recognizes policy as the most essential element of the system while making the details irrelevant to that policy. This allows decisions about those details to be delayed and deferred.

If the application you are building has a fairly clear domain, will undergo a considerable and variable scale, requires a large team to be built from the get go, that you are confident in your team’s skill and have some experience or at the very least literacy in distributed design, and have the management’s support to fail and learn, microservices is a good candidate.

But be conscious that a microservice layout may backfire. If the current context matches what was described, it might be wiser to start with something simpler, such as a monolith or a layered architecture (which may itself contain a few specialized services). Most of what a microservice architecture brings can also be achieved with other solutions.

Low coupling, scalability, and futureproof-ness is coming from a carefully planned application architecture, with clearly defined boundaries and specialized datastores. Microservices only exacerbate that by providing physical limits. Another way to create physical limits is through components (DLLs, JARs). The point being that picking a component architecture and a deployment architecture should be delayed as long as you can15.

Containers and infrastructure as code can also be used with or without a microservice architecture. And in fact, they tend to be simpler to implement, since the networking is straight forward and the number of configurations is less important. They still bring the benefits of constructing and destroying environments at will, and facilitating the creation of development environments.

Don’t misunderstand me, I’m painting a pretty grim image of microservices here, while at the same time definitely believing in the solution. Microservices are definitely a good option for complex, distributed systems.

But they’re not the only one, and their appeal tend to precipitate decisions in their favor while disregarding the factors that were mentioned. One should consider options and make a conscious, educated and rational choice.